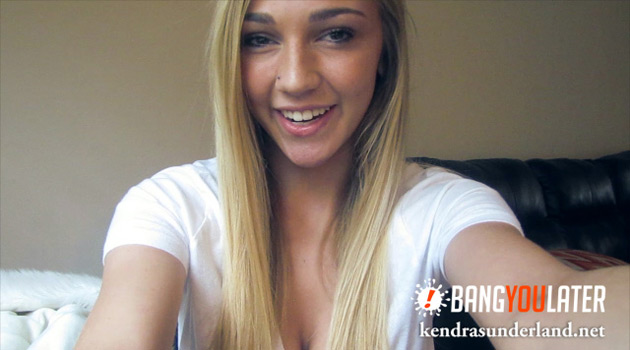 While Sunderland didn’t get caught during the actual act, once her identity came to light, she was arrested on a charge of public indecency for the video, which carries a fine of almost $7,000 and possibly a year in jail. Seriously?! I feel like more serious criminals get lighter sentences, but that’s the world we live in today.

In any event, it looks like Kendra won’t have to foot the bill, since tube site BangYouLater.com has offered to pay off the total lump sum of the fine, which wound up being $6,250.

“We at BangYouLater applaud Ms. Sunderland’s act of playful exhibitionism. What kind of society deliberately stifles such a harmless moment of beatific self-indulgence? Given that she was never caught or discovered during her, um… performance, no one can really claim to have been negatively affected by it. Like the old adage about the tree that falls in an unpopulated forest. It’s a shame that she is being punished for simply flaunting her sexual nature. In addition to the criminal record, Kendra faces a lofty $6,250 fine for enjoying herself in public. So we’ve decided to pay that fine,” stated BangYouLater’s Public Relations Manager.