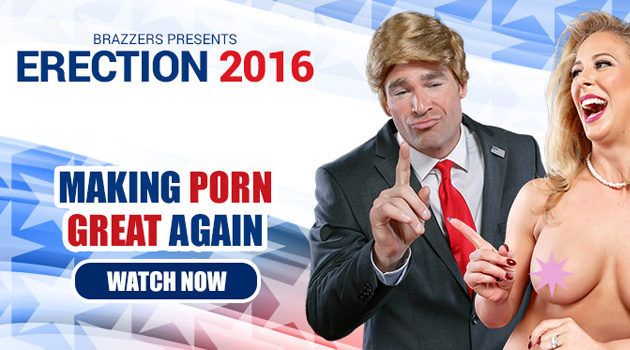 You read that right. ZZ Erection-Part 1 takes place on the stage of a heated presidential debate between the Republican and Democratic presidential front-runners. The scene stars Cherie Deville as Hillary Clayton and Charles Dera as Donald Drumpf. Debating key issues such as the controversial wall between America and Mexico, relationships with China, and what it means to have small hands, Mr. Drumpf is out to prove that the size of his hands are not proportional to the size of his member. How he goes about doing so is for the audience to discover, and for Ms. Clayton to confirm.