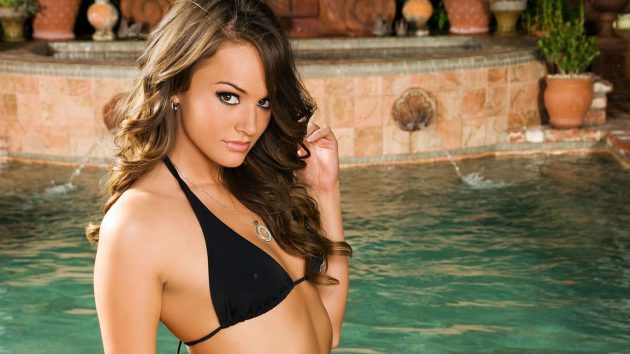 Gorgeous adult super star Tori Black will be headlining at Vivid Gentlemen’s Club in Houston on July 23-25.  The club is a licensee of the world’s leading adult film company, Vivid Entertainment, and is located at 2618 Winrock Blvd., just off Westheimer Rd., in Houston’s Briargrove area.

The popular Tori Black is the only woman to receive the AVN Female Performer of the Year award twice. “I took it as more of a personal character reference than anything else,” she said. “There are a lot of beautiful women out there and a lot of women who are heightened in their sexuality. I think the reason I got the AVN awards was because of my personality, who I am and what I stand for. It’s an honor and it’s nice to feel appreciated and celebrated. Of course I was humbled by it.”

The curvy 5’9” brunette was born in Seattle and got started in the adult industry in Fort Lauderdale while she was attending college and looking for part time work. She sent photos of herself to a local talent agency, and the rest is history.

“I’m excited to meet fans at the club in Houston,” Tori says. She will be dancing on Thursday at midnight, and on Friday and Saturday at midnight and 2am and will be able to pose with guests and sign autographs during her breaks.

I hear Tori puts on one hell of a show, so if you’re in the Houston area, make sure you come out and support her this weekend!