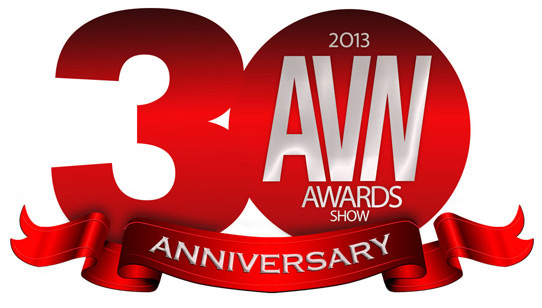 To view the list of 2013 AVN Awards nominations, visit:
http://avnawards.avn.com/2013_nominations.pdf.

A committee of 10 AVN critics spent close to a month and a half compiling nominations in over 130 categories recognizing companies, talent, technicians, and creative professionals across the spectrum of the adult entertainment industry.

Several new categories were created to reflect the ever-evolving market trends of the business; these include Best Star Showcase (a movie centered around one female performer by both incorporating her name into its title and featuring her in all of its sex scenes), Best Romance Release (a title with a romance theme/storyline marketed specifically toward women or couples and/or released under a Romance or Couples-Themed line), and Best Transsexual Sex Scene.

Additionally, a number of formerly familiar categories have been reintroduced to the awards as the market has expanded accordingly. Back for 2013 are Best New Production Company and Best Continuing Series (which was previously known as Best All-Sex/Vignette Series).

“Everybody on our nominations committee has literally poured their blood, sweat, and tears into producing this list over the past six or so weeks, and I can honestly say that in my almost decade at AVN, I don’t think we’ve ever done a more meticulous and thorough job,” AVN Senior Editor Peter Warren said. “I am very pleased with the nominees we’ve come up with, and wish them all a stupendous weekend basking in the glow of being recognized.”

“I’m really proud of the work the nominations committee did,” said AVN Managing Editor Steve Javors, echoing his colleague’s comments. “The 30th anniversary of the most important night in adult entertainment is something we all took seriously, and being an AVN award nominee is a big point of pride – rightfully so. Our nominees should be congratulated and recognized for a job well done. On behalf of everyone at AVN, we appreciate all your contributions to the world of adult entertainment.”

A limited number of tickets to the gala Awards event are available for fans to purchase through AVNAwards.com.