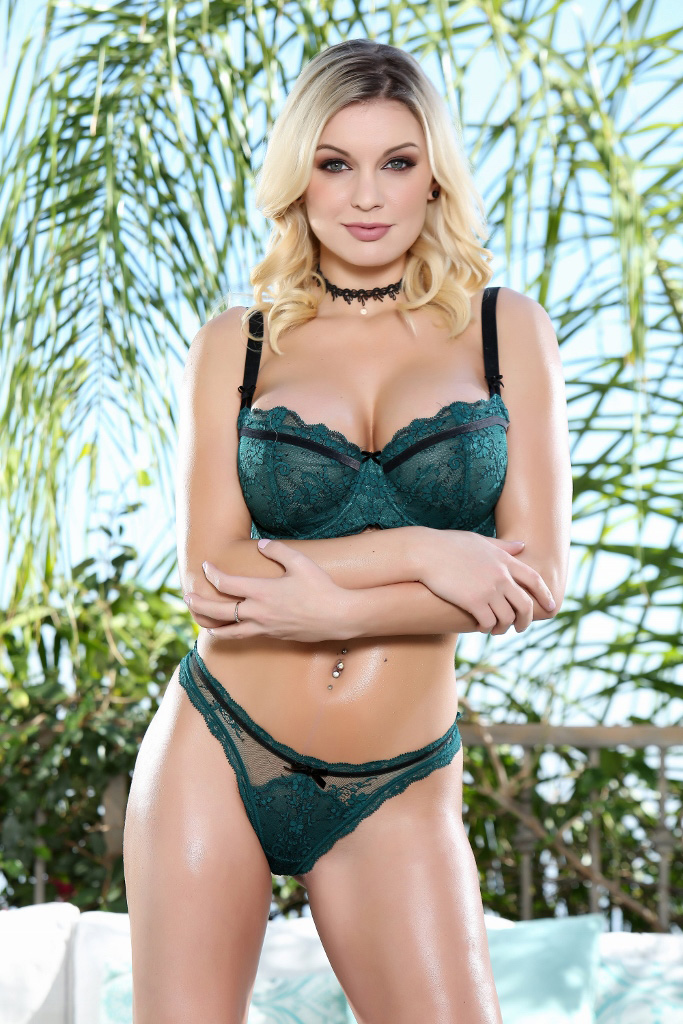 Kenzie Taylor has been in the adult industry for almost three years and signed with OC Modeling a little over a year ago—but she’s beginning 2018 with a new body and an improved attitude.

Kenzie has made her mark working with many of the top studios in the industry and has been a hit with fans and critics around the world for her tight physique and hot on-screen performances. She also scored the 2017 NightMoves Award for Best New Starlet (Fan’s Choice) and the 2017 Inked Awards for Best Oral, in addition to multiple industry nominations.

Now, the buxom blonde has pumped up her titties even further and is now a 34DDD. In addition to the beauty enhancements, she’s also got brand new agency photos that reflect her new body and attitude.

“2018 is my year to shine—I have a new body and mindset,” said Kenzie. “I feel like anything is possible and I’m willing to work even harder at my performing craft. I’m hoping to work for companies I have already worked with and those I have not. I’d love the opportunity to really be able to do more acting!”

“Kenzie is in it to win it, and we know this is going to be the year she takes over,” predicted Sandra McCarthy, co-owner of OC Modeling. “Her work has already doubled and she’s definitely going to grab some major noms and potential wins this awards season.”

As you can see, Kenzie is seriously stacked now, and I can’t wait to see them in action in her new scenes!