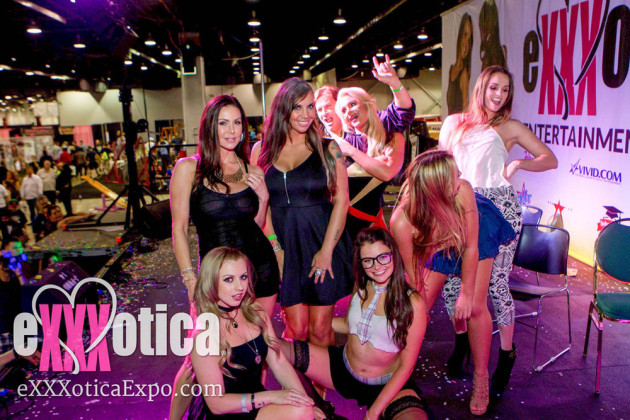 The EXXXOTICA Expo has once again been in the national spotlight as the City of Dallas has decided to put the event’s return to the Dallas Convention Center to a vote from the Dallas City Council, which is scheduled for Wednesday, February 10th.

In the meantime, the nation’s largest events dedicated to love and sex, is pleased to announce its remaining 2016 event schedule and locations, as well as unveiling its all-new ad campaign for the year, which clearly sends the message that the sexual revolution is here.

Presented By MyFreeCams, EXXXOTICA is happy to announce its return to both Chicago (July 8-10), and New Jersey (November 4-6), as well as making its debut in Columbus, Ohio, August 26-28, at the Greater Columbus Convention Center.

“Columbus is a pretty amazing geographical location,” J. Handy, Director of EXXXOTICA, said about the choice of the show’s debut in the Buckeye State. “First off, it’s one of the 15 largest cities in the country. Second, it’s within driving distance of Detroit, Pittsburgh, Indianapolis, Cleveland, Cincinnati and Louisville, all who have a combined population of over 2.5 million people.” Columbus was also recently named one of the most “sex-happy” cities in the country, ranking third in the nation, in a recent Men’s Health article.

Dates and general information for all four shows is now available on EXXXOTICA’s official website. Location specific sub-sites will launch soon and will be the place where fans can find out all the information they need about all things EXXXOTICA, including stars appearing, exhibitor and sponsorship opportunities, educational seminar schedule, travel info, official after parties, special events, announcements, and much more.

“We’re really excited with the direction of the EXXXOTICA brand. In today’s world, it’s important that sex has a voice, and we’re happy to be that voice.” Handy continues, “We believe that sex is best served by way of education and entertainment, and that’s exactly what EXXXOTICA does.”