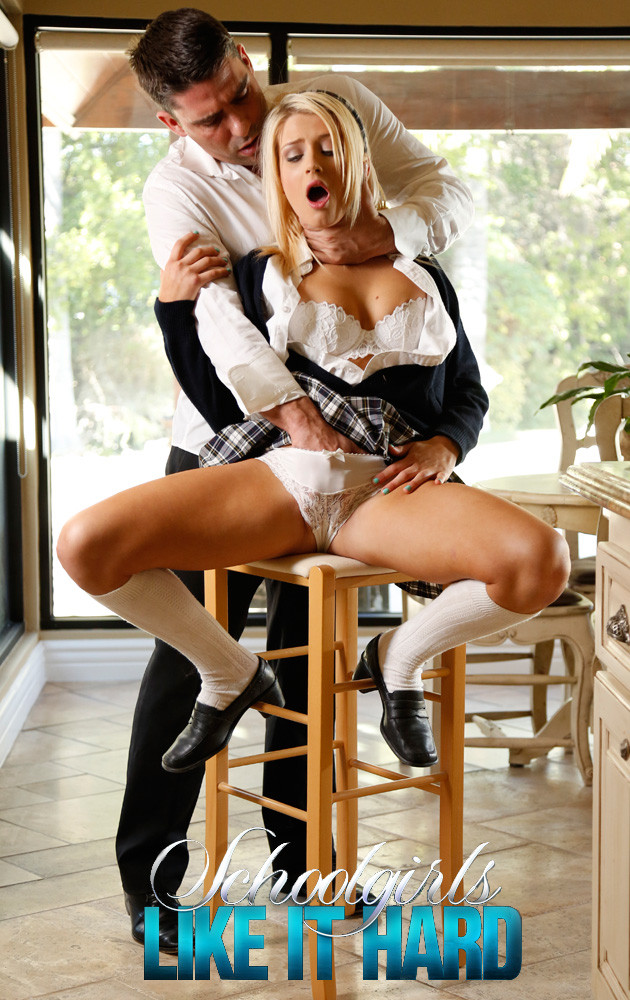 “One of my most favorite fantasies growing up, especially in high school, was to seduce a teacher so acting it out seemed like the real deal,” Aubrey Gold said. “The whole experience was really fun and I feel I did a great performance because it was a fantasy of mine. I love being man-handled as well! Something about a man grabbing my neck or the back of my head while having sex with me is such a turn on! I love rough sex. I even squirted in this scene. That’s how much I love rough sex!”

“I had a blast as always with New Sensations,” Kimmy Granger said. “I’m more on the submissive side and love rough, passionate sex so working with Ramon [Nomar] was very fulfilling and great for me.”

Paul Woodcrest said, “Everyone loves schoolgirls and this particular student body looks amazing in the outfits and, more impressively, really pushed itself physically to give the kind of performances you want to see in this kind of movie. I’m thrilled to have had such a committed cast. A+ for everyone!”

This is another winning series from the folks at New Sensations, bringing together two of my favorite genres in one explosive setting. Check it out for yourself, I promise you won’t be disappointed!

>> Order your copy of Schoolgirls Like It Hard today!