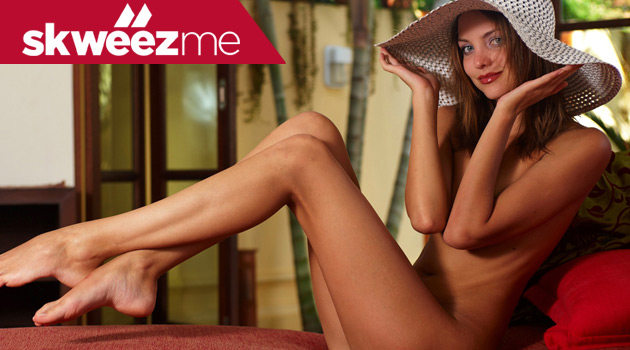 Bitcoin is the first peer-to-peer payment system introduced as an “open source” payment option, attractive for many who prefer anonymity when conducting adult transactions. Bitcoin, often referred to as “crypto-currency” since it relies on cryptography to control the creation and transfer of money, come with much lower transaction fees compared to those of credit card processors.

“Bitcoin is a perfect payment option for our customers,” says SKWEEZ MEDIA Executive Vice President of Content and Marketing Mike Kulich. “Our site does not rely on recurring billing, which seems to be an issue for most paysites. SKWEEZ MEDIA relies specifically on per-day purchases of streaming access, so any fluctuations that may occur with Bitcoin valuations are also a non-issue.”

Though Bitcoin has come under scrutiny due to its lack of consumer protections, a recent US Senate meeting found it to be a legitimate monetary instrument. The decision resulted in over 1,000 brick and mortar businesses and over 35,000 merchants online, including Overstock.com, Zynga, and Virgin accepting bitcoins as payment.

“Anonymity is a great aspect of Bitcoin,” adds SKWEEZ MEDIA President Jamey Kirby. “Credit card payment processing has always been a sticky subject for many adult consumers. Removing adult purchases from credit card statements, as well as mitigating charge disputes, makes paying with bitcoin the perfect currency for the adult entertainment market, both for consumers as well as producers.”

SKWEEZ MEDIA presents licensed titles by content owners in an unlimited-streaming-per-day format, on multiple platforms, at a price point more comparable to current mainstream viewing habits. SKWEEZ MEDIA offers full-length titles and shows, similar to the mainstream online video platforms, but at a fraction of the cost of purchasing physical DVDs.

The unlimited streaming offered for one low price per day on SKWEEZ MEDIA appeals to consumers who have moved away from monthly recurrent paysite billing and per-minute tube site billing for adult entertainment.

Studios entering into licensing arrangements with SKWEEZ MEDIA have provided a large content library of titles available on the SKWEEZ MEDIA platform, with many more on the way. Content on SKWEEZ MEDIA will be available via the Web for PC and mobile devices and on all Roku players.