Vivid Entertainment will release Phil Varone’s 100% Real Swingers: Meet the Rileys on vivid.com on July 16th and in stores nationwide on July 30th. 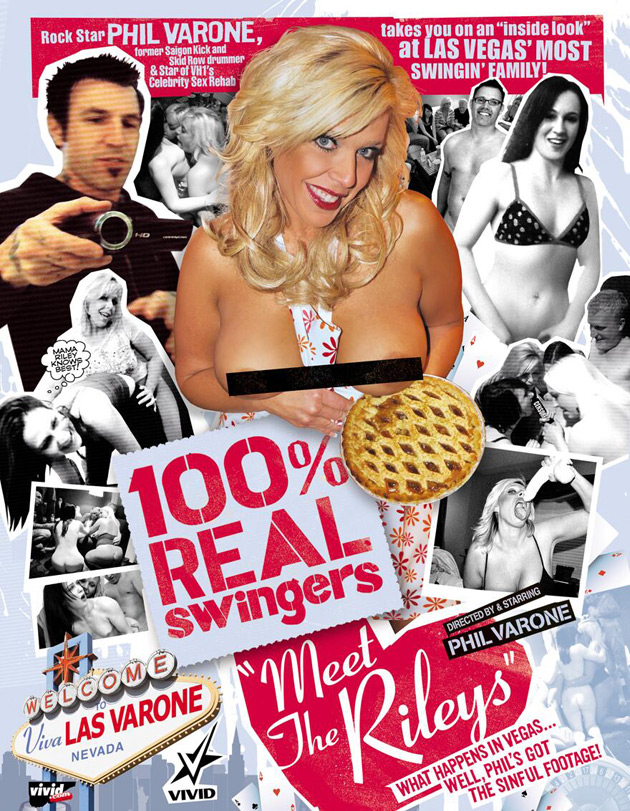 This latest in Varone’s movie series portraying authentic swingers introduces Carey and Taylor Riley, an Ohio couple that is totally open about their lifestyle and has enthusiastically blended it with adult entertainment.

You’ll get an all-access pass to the Rileys’ sexy swinger lives as they visit Las Vegas for the notorious Adult Entertainment Expo adult convention/trade show and AVN Awards ceremony. “This new breed of swinger not only enjoys the swinging lifestyle, but is totally open to being part of the adult entertainment business,” says Varone, former Saigon Kick & Skid Row drummer. “The Rileys allowed me to film all their very personal and spontaneous sexual encounters with new friends and swingers. It made the AVN in Las Vegas even hotter than expected. What happened in Vegas that week sure didn’t stay in Vegas when my camera was rolling!”

Though they love traveling and consider Vegas one of their favorite destinations, the Rileys claim that their home state of Ohio has one of the largest swinging communities in the country. Fans who want to keep in touch with the Rileys can Tweet Carey @careyriley4u or Phil Varone @thephilvarone.

To celebrate the debut of “Meet the Rileys,” Phil’s publisher is issuing the second edition of his audacious, best-selling rock’n’roll autobiography, “Un-Philtered” with a 25% discount to anyone who buys the e-book on www.riverdaleavebooks.com using the code RILEYS.