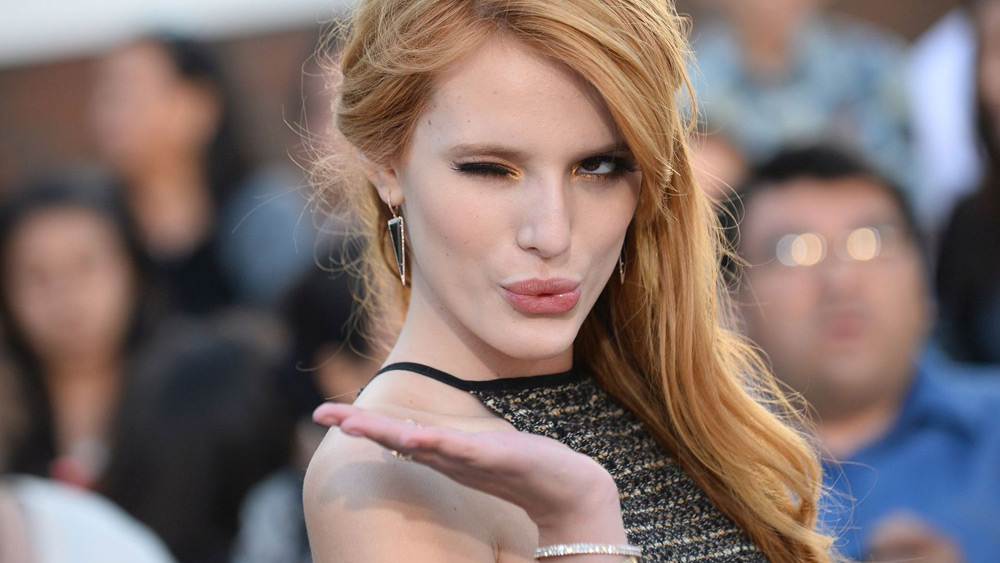 “Her & Him” depicts an edgy twenty-something guy who stumbles upon a surprise text in his girlfriend’s phone, interrupting their morning routine and spinning everything into an out-of-control sexually charged encounter. The film stars well-known adult stars Abella Danger and Small Hands and features music from rapper Mod Sun.

“What inspired me to do this movie was thinking about this relationship between a male and a female and this fight over dominance and how much that relates to us in our general world, besides just a sexual scenario. My vision behind the story was basically creating these two dynamic characters that could switch off between dominant and submissive,” said Thorne. “My initial idea was to create a Christmas horror movie, but instead I made a beautiful, ethereal film. I’m lucky that Pornhub came on and produced this with me. They believed in my vision and weren’t scared to jump in with me.”

But clearly, she’s all grown up now, and exploring her wilder side. 😈