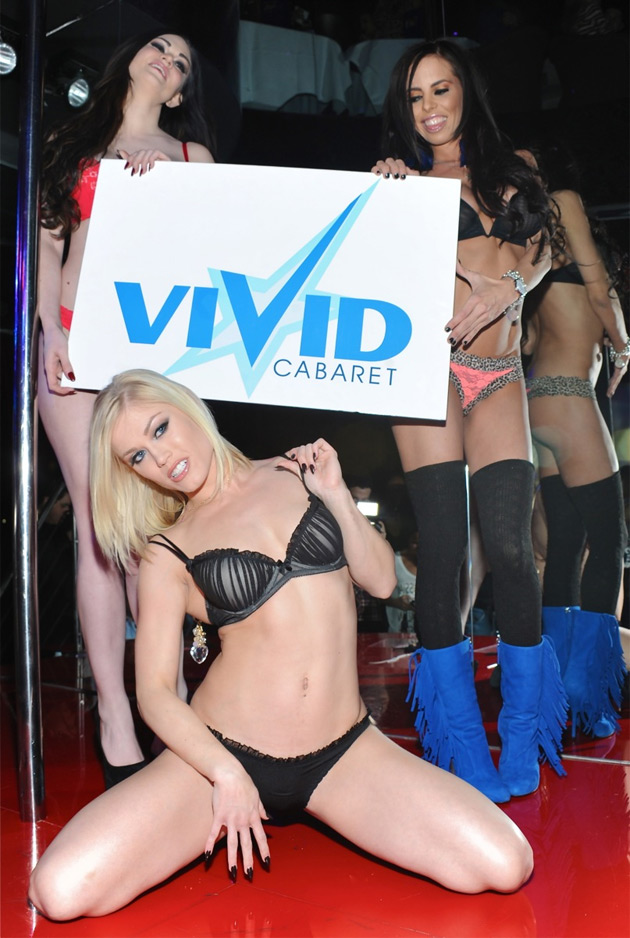 The NHL has been on break for the Winter Olympics. But that didn’t stop a bunch of pro hockey players from going to New York’s hottest new strip club, Vivid Cabaret New York, and “making it rain.”

“We had Vivid adult actress Kendall Karson on stage driving the crowd crazy,” said Vivid Cabaret Girl Mona. “A group of hockey players — I can’t tell you their names because we respect everyone’s privacy — showered her with dollar bills. It was unbelievable!”

“Lots of athletes from different sports come to the club all the time,” added Vivid Cabaret Girl Diana. “I always thought basketball players were the most generous. But I have to take off my hat — and my top — to the hockey players. They really know how to make it rain.”

Vivid Cabaret New York has over 100 exotic dancers nightly. The tri-level club features a VIP Ultra Lounge, the most deluxe private suites in the business, and a 25-foot stripper pole — the tallest in New York. The world-famous Vivid adult film stars appear regularly.

Since opening last month, the club has been getting rave reviews and enjoying packed houses every night. So head on down to 61 West 37th Street in the Fashion District, and see what all the fuss is about!