New Sensations has announced the release of What’s Next? Helmed by directors Eddie Powell and Paul Woodcrest, the four scene vignette is a collection of dark and kink-fueled fantasies, featuring a stunning cast of starlets led by cover-girl and superstar Riley Reid.

“What’s Next? is the second time that New Sensations has blindfolded me,” Riley Reid said. “They’re the only company to do it and it’s seriously one of my favorite ways to have sex; all of my senses are extra heightened and I have no idea what to expect.”

Reid experienced sensory deprivation in the film while performing an interracial three-way with Toni Ribas and Jon Jon.

“Those two guys are such great lovers, not just good fucks,” Reid said. “Being blindfolded with those man-babes was more than a pleasure, it was a privilege. New Sensations spoils me all the time with such beautiful people and amazing lovers. Thank you for all the wonderful experiences, New Sensations!” 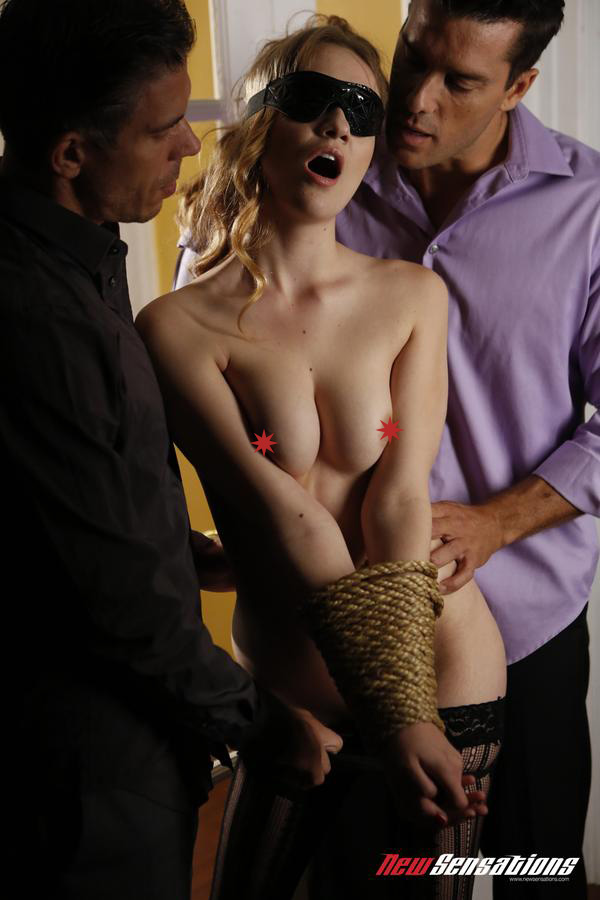 “Working on What’s Next? was amazing,” Rachael Madori said. “I’ve been wanting to work with Cadence Lux professionally for a while. She’s super fun off camera so I knew this scene would be really hot. On top of that my two favorite directors were involved on set. Those guys are amazing at their job. I knew from the second I got on set that this would be a great video. The idea of being a secret vixen indulging a seemingly innocent wife in a darker fantasy really got me going.”

Cadence Lux said, “Working on What’s Next? with Rachael and Anthony was a great experience. Rachael is an exceptional performer and I had been wanting to work with her for quite some time. It was also totally awesome being in the hands of everyone else while blindfolded. Feeling Rachael and then Anthony and trying to keep up with everything was amazing. Eddie Powell is such a great director. He made sure to make the scene unique and something we would all enjoy.”

Who am I kidding, they had me at Riley Reid, and the blindfolds were just icing on the cake. This sounds like an insanely hot title, and I can’t wait to check it out!