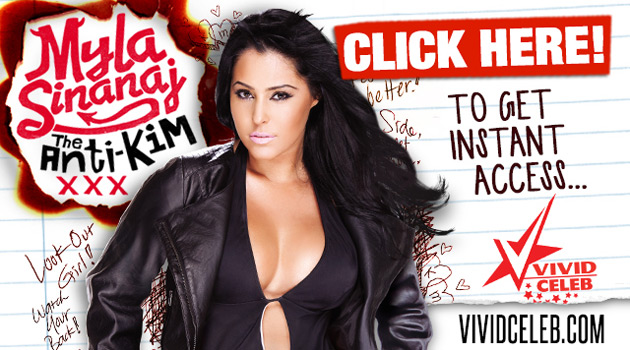 Many Hollywood-watchers have said Ms. Sinanaj, the voluptuous star of the movie, is obsessed with looking like Kim Kardashian. Not only is there a strong resemblance between the two, but Ms. Sinanaj dated Kardashian’s ex-husband, Kris Humphries, and now Vivid Entertainment distributes movies starring both women.

Ms. Sinanaj has admitted that she and Ms. Kardashian do have similar large booties. “I don’t know, she’s Armenian, I’m Albanian,” says Ms. Sinanaj. “I guess women from our countries just come with them.”

Viewers will get a last look at her curvaceous body in the movie, as Sinanaj underwent major plastic surgery after it was made. She explained, “I’m in love with the body that Kim Kardashian had prior to her pregnancy, especially her lips and stomach. The rest of the world is apparently obsessed with it as well, since they have all felt the need to call me the Fat Kim K.”

I’ve already watched the video (call it research for this post), and I can tell you that it’s MUCH hotter than the infamous Kim K video.. So if you like voluptuous girls with big booties who love to get down in the bedroom, you’re in for a real treat here!