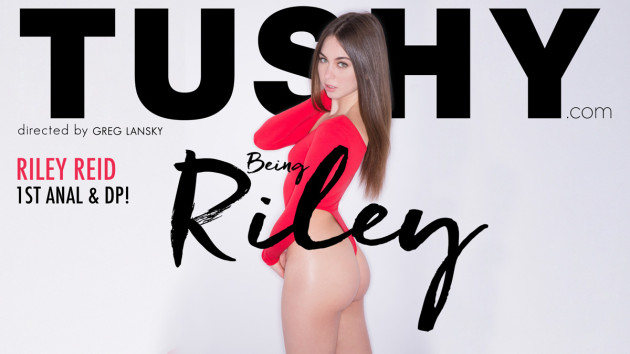 When I first discovered Riley Reid in Vivid’s Brand New Faces 36 back in 2012, it was love at first sight. Over the next three years, I’ve watched pretty much every scene that Riley has done, and she never disappoints.

Being Riley is a tale of sexual awakening. A young woman (Riley Reid), stifled by her conservative hometown and relationship, leaves it all behind for a new beginning. Aidra Fox co-stars as Sarah, an old friend of Riley’s that helps encourage Riley to explore her fantasies and become the woman she longs to be.

Beautiful Riley is a petite stunner who is known for being a good girl. She is bored and frustrated, being engaged and realizing that she will only ever have sex with only one person is not something she wants for her future. She decides to escape rural Green view to see her friend Sarah, who lives in Los Angeles, a world away from what she is used to. She is relaxing in the bath when Sarah decides to join her for a bath time that gets more than a little steamy between them, including fingering and licking Riley’s virgin ass. After they have pleasured each other totally, Sarah confesses that she has a very rich sugar daddy who pays for her lush lifestyle.

When Sarah messages her from work to ask her to pick up her purse that she left at her friend’s house, Riley is happy to help out. When she arrives, he is everything she could hope for, sexy, attractive and sophisticated. He picks up on Riley’s attraction and it’s not long before she is in his arms. He licks her soft pussy before she sucks on his hard dick and he enters her and making her moan with pleasure. She asks him to do something she’s never done before – fuck her tight little asshole. He takes it slow, squeezing his thick shaft into her hot hole. She is soon taking his whole cock in her butt and loving every second. After banging her newly fucked asshole, he unloads his hot cumshot all over her sweet face. 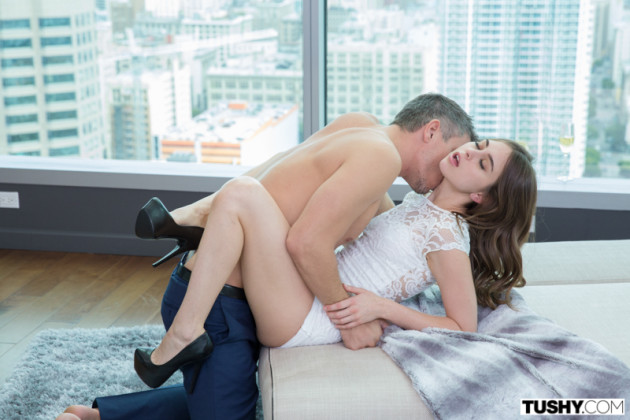 In one of the most important roles of her career, Riley takes you on the ultimate sexual journey, delivering an epic masterpiece of erotica designed for connoisseurs of high-end adult entertainment!

“We are proud to welcome Riley Reid to the Tushy.com family. Riley is undeniably one of the most gifted and accomplished adult stars of her generation and a role model to young starlets. She is also truly a remarkable woman. An accomplished adult star, muse, and talented actress, yet she is so much more: a smart, fun, charismatic woman who will wholly represent in her showcase movie the spirit of TUSHY.com’s philosophy; Beauty and innovation,” said Greg Lansky, Chief Creative Officer.

With a running time of over 3 hours, Being Riley is packed with additional features. There is an extra scene starring Reid and Fox, an in-depth interview with Riley where she discusses her sexual journey and pushing past her personal boundaries, and much more.

Being Riley is one movie you’re definitely going to want to watch (over and over), so order your copy today!