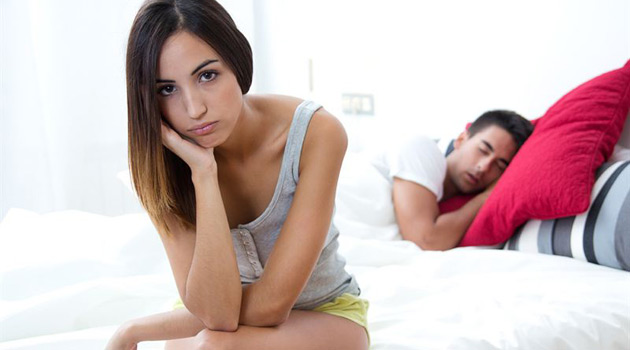 Bed is the place for pleasure, but for many women going to bed can be more of a nightmare than a sweet dream. There is often something in each relationship that causes women to be irritated by men in bed enough that bigger problems to ensue.

A whopping 68% of the more than 4,000 surveyed female members of the infidelity site Victoria Milan report that they are unfaithful because of a lack of good sex in their relationship. Moreover they highlight the five most irritating mistakes their partners commit during sex which makes their libido plummet:

Survey results also seem to indicate that fewer sexual mistakes open the door for more experimentation. More than 81 % of participating women agreed that they experiment more in bed with their lovers than with their partners, and that they have fewer of these reported complaints about their lovers. Also, 65% agree that if their partner would commit fewer of these errors they probably wouldn’t cheat on them. Why? They would rather have sex with love.

Sigurd Vedal, CEO of Victoria Milan, comments: “Today women enjoy their freedom much more and have sexual adventures just like men do. Modern women have a fresh awareness that there is an entire sexual world beyond the one they are living, and if they’re not satisfied at home, they do not hesitate to discover new things themselves. They have the privacy and means to achieve pleasure and pamper themselves, so why not try an affair?”

The moral of the story: Make sure your partner’s enjoying herself during sex, or else she might seek out that pleasure elsewhere. Like on Victoria Milan, one of the world’s leading discreet social networks for men and women seeking a secret affair.

Trojan Holiday Hook Up Study Results
This Valentine’s Day, Spend A Passionate Night In With Trojan