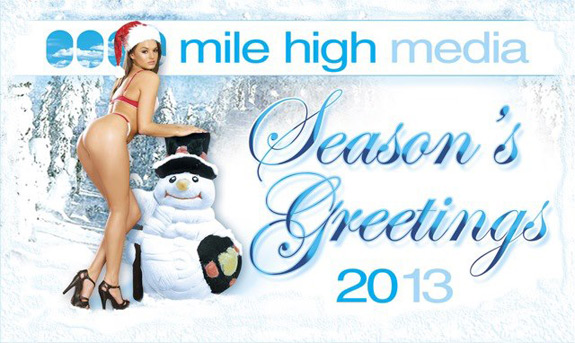 “Let the games begin,” says Mile High Media Vice President Jon Blitt. “We received a huge number of great pairing submissions and it was extremely difficult to narrow them down to 64. We tried to look for the nominated pairings both the fans and performers were most excited about.”

Blitt continues, “I can’t wait to see who the fans vote as the final four pairs for us to film. It’s going to be an exciting few months.”

Elimination fan voting through 4 rounds will result in the Final Foreplay Round. Each of the four scenes will automatically be filmed for a future Mile High Media movie. The submitters responsible for the final 4 pairings (the Final Foreplay Round), as decided by voting, will each have their scene filmed in a future movie and receive a DVD copy. They will also receive a 6-month membership to the Mile High Media pay site for their winning region. In addition, the submitter of the overall champion, as decided by voting, will receive 6-month memberships to all 4 pay studio pay sites.

In the event a winning pairing is unable to be filmed for any reason, Mile High Media will contact the winning submitter and allow them to decide on a new pairing.

Earlier in 2012, thousands of fans participated in the inaugural Mile High Madness. The final round featured a narrow victory by the Brandy Aniston and Barry Scott. The real-life couple received a guaranteed scene and box cover for Mile High Media as a result.

Check out this interview with Aniston and Scott regarding the tournament and the scene they filmed for Reality Junkies’ “Girlfriends Get Even 3,”:
http://youtu.be/FdGq9MpZ9mQ

Mile High Madness is nominated for a Best Marketing award at the 2013 AVN Awards.