Win A Copy Of Kimberly Kane’s ‘Family Secrets’ From Vivid 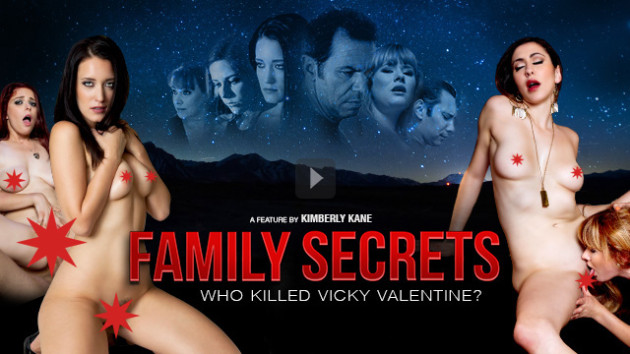 A few weeks ago, I posted about Family Secrets, Vivid’s neo noir mystery feature. The award-winning, multi-faceted artist Kimberly Kane co-wrote the steamy feature with Rex Owen, and she also pulls double-duty as both director and actress!

When the body of a young woman is discovered on a popular San Francisco beach, a chilling web of lies, sexual depravity and dark “family secrets” unfold and everyone is a suspect. The minutes go by and the clock is ticking to solve the mystery and the question on everyone’s mind — who killed Vicky Valentine? Was it the two suspicious guys she met at a nearby bar, her stepfather, her mother, her girlfriend, or someone else?

In celebration of the release of Family Secrets, we’re giving away 10 copies of the movie, courtesy of Vivid!

Would you like to win a copy of Family Secrets on DVD? Then simply e-mail us and tell us what your favorite Kimberly Kane movie is. We’ll pick 10 winners at random on Friday October 2nd.