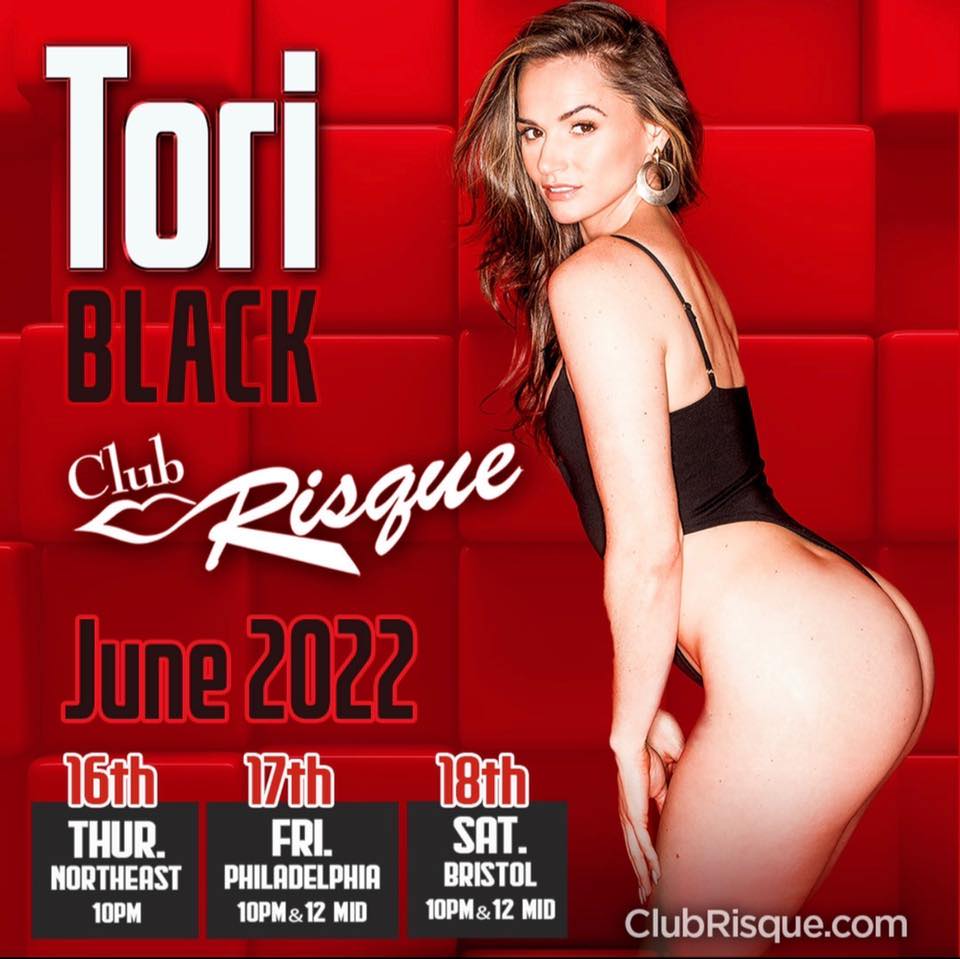 Get excited fellas, because the one and only Tori Black will be making her feature debut at Club Risqué later this month, and we can’t wait for this legend to strut her stuff for her legions of Philly fans.

The curvy 5’9” brunette was born in Seattle and got started in the adult industry in Fort Lauderdale while she was attending college and looking for part time work. She sent photos of herself to a local talent agency, and the rest is history. We’ve been fans of her “work” forever, and getting the chance to finally see her in person is quite a thrill!

If you’re in the Philadelphia area, make sure you come down at least one of these nights, as you don’t want to miss out on the chance to see this cutie as she performs live on stage later this month at Club Risqué. I’ll be stage side with a stack of one’s at the ready!

Cherry Pimps Names Gizelle Blanco ‘Cherry of the Month’ For June 2022
Monique Alexander Is Returning To Club Risqué This August!