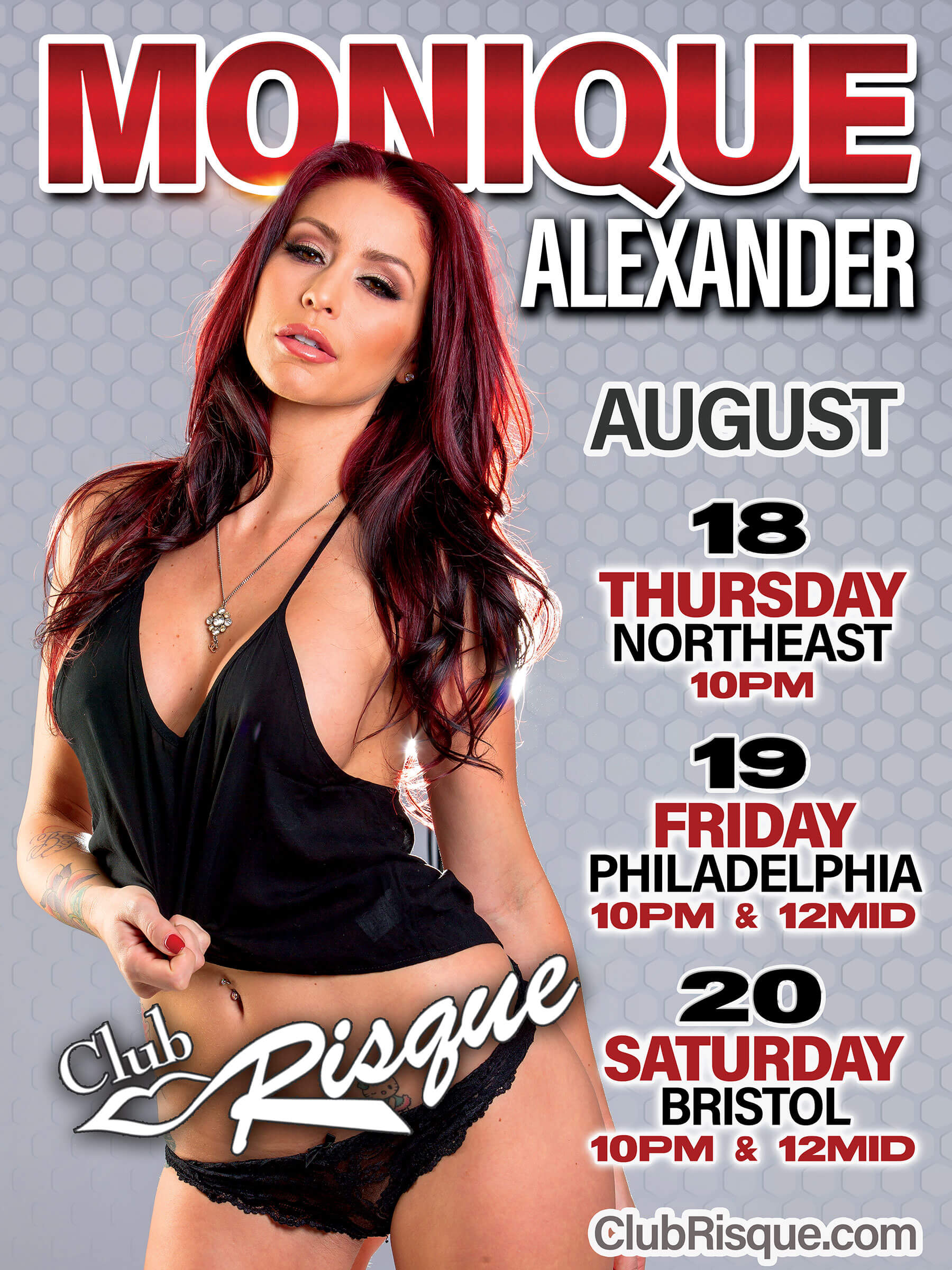 Hold on to your hats boys, because adult star legeng Monique Alexander is coming back to Philadelphia next month at Club Risqué, where she will be working the stage and shaking that gorgeous body of hers while onlookers shower her with singles. All access, just for you. After each show, you get to meet Monique one on one in her meet and greet.

Monique Alexander first appeared on the big screen back in 2001, and she’s been making dicks swell and pussies wet with her smoking hot scenes ever since. This former contract girl for Vivid racked up 5 AVN Awards over the years, and she was inducted in to the AVN Hall of Fame in 2017. Now, she’s hitting the strip club circuit, and she’s sure to put on one hell of a show for you all.

I’ve been a fan of hers for as long as I can remember, so you can be sure that I’ll be parked in the front row angling for the best view as she shakes what her mama gave her! Don’t miss out on the chance to see this gorgeous redhead as she performs live on stage next week at all three Club Risqué locations:

If you’re in the Philly area, make sure you come down at least one of these nights and show Monique some of that Brotherly Love that we’re known for. I’ll be front and center with a stack of one’s at the ready!