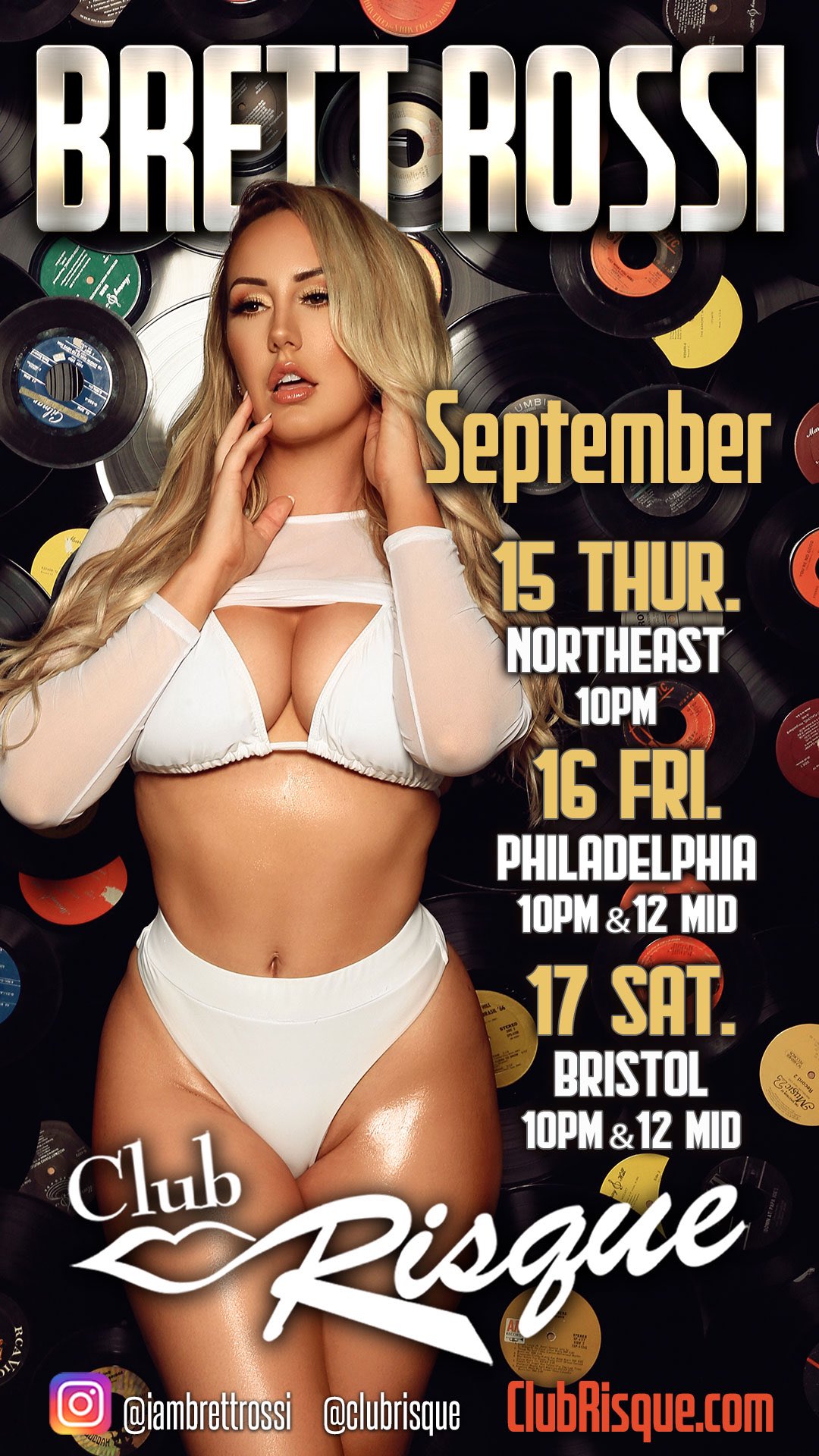 Get excited fellas, because the one and only Brett Rossi will be making her feature debut at Club Risqué next month, and we can’t wait for this legend to strut her stuff for her legions of Philly fans.

Brett is so stunning, she practically paralyzes her sex partners into mute sex slaves ready to do her every bidding. She’s got the looks of a siren of mythological proportions, with golden blonde locks and a high-fashion face. When that blonde hair is wet from sweat and streaking down between her cleavage, expect major blue balls if you don’t run to get some instant release. Needless to say, we can’t wait to see this stunner live and in person!

If you’re in the Philadelphia area, make sure you come down at least one of these nights, as you don’t want to miss out on the chance to see this bombshell as she performs live on stage next month at Club Risqué. I’ll be stage side with a stack of one’s at the ready!