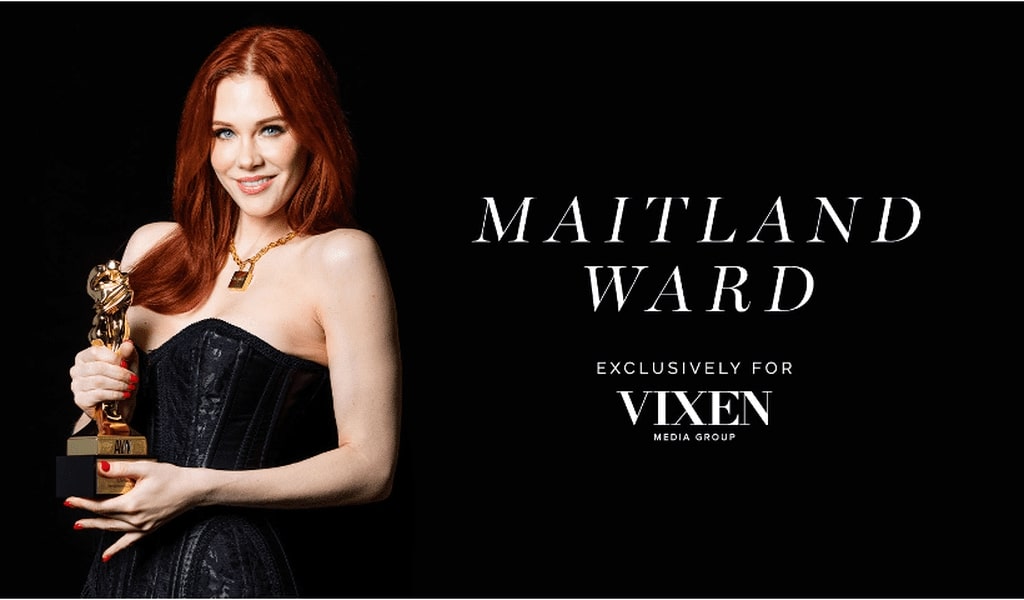 The fiery redhead has been bringing the heat, and Vixen Media Group wanted to keep her all to themselves, signing a contract extension that will keep her exclusive with them into 2022. “I’m so happy that for the next two years I am going to call Deeper and Vixen Media Group my home. Up until now, it’s been an amazing journey,” Ward remarked.

“Kayden and I plan on pushing not only the boundaries of adult filmmaking, but will also continue to break down walls with mainstream ventures. One year was not enough to do all we have planned, and I’m humbled and excited that this team stands behind me. Along with Kayden, I happily accept the challenge to produce the best product possible in the adult industry.”

Up next for Ward and Deeper is Secretary, a timely drama about a steely executive who lays out her demands (professional and personal) on her new assistant Riley Reid before engaging in a vigorous three-way interview with the company’s big boss, Markus Dupree.

Vixen is one of my favorite studios, and I can’t wait to see what Maitland and them do over the next few years!