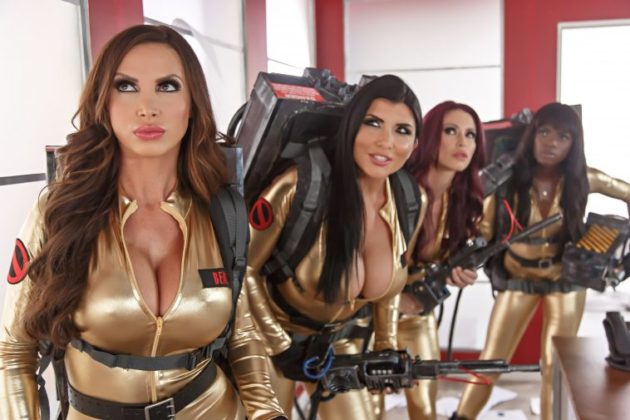 Based on all of the negative publicity that the all-female Ghostbusters reboot has gotten so far, I’m expecting it to bomb and leave theaters within a few weeks of it’s release. Seriously, who thought it’d be a good idea to remake a classic movie like this with a cast of unfunny female comedians?!

After an insulting encounter with Charles’ all-male ghostbusters crew, Monique decides to form The Nutbusters, an all-female equivalent crew to fight off the wave of ghastly phallic invasions of New York City’s inhabitants. The series follows the two crews as they compete to bust the most ghosts and prove their supremacy in the age-old paradigmatic arena of ‘man vs. woman’. The series features an all-star cast, starring: Nikki Benz, Monique Alexander, Romi Rain, Ana Foxxx, Charles Dera, Xander Corvus, Isiah Maxwell and Sean Lawless.

You can watch the work-safe trailer here: