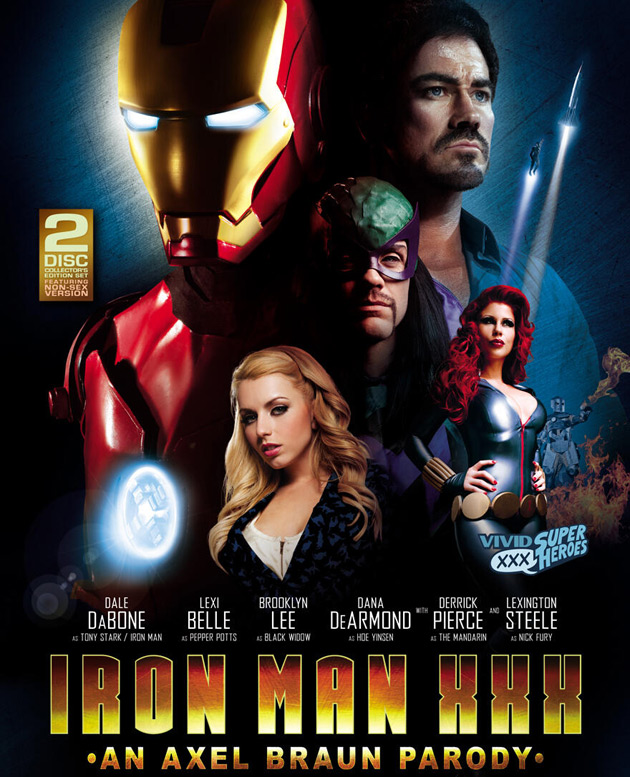 Viewers also get a glimpse of the elaborate visual effects and stunning costumes designed for the adult parody, as well as a brief look at Braun’s super-villain of choice: The Mandarin.

“As a huge comic book fan I absolutely loved Jon Favreau’s take on Iron Man in his 2008 movie, yet I was disappointed by his choice of villain,” said Braun. “To me, the quintessential Iron Man nemesis IS The Mandarin.”

The adult parody starts out as an origin story, but then takes a drastically more explicit entertaining turn. When Tony Stark is kidnapped and forced to build a deadly weapon, he instead uses his intelligence to fabricate an indestructible armor and escape his captors. Once free, he must fight the evil Mandarin, save the world, and get laid. Not necessarily in that order.