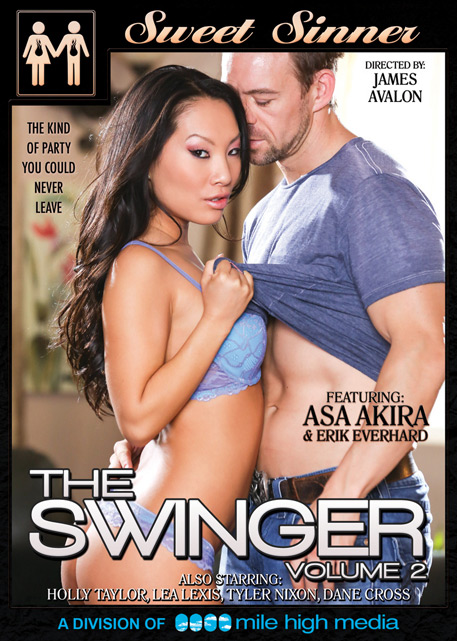 Mile High Media’s The Swinger: Volume 2 is being released on DVD April 10th. The anticipated follow-up from couples-friendly studio Sweet Sinner features superstars Asa Akira and Erik Everhard. Viewers are taken even deeper into the world of swingers and sex parties in the second installment.

In The Swinger: Volume 2, John (Everhard) is a regular player in the local swinger scene. It’s an important part of his life he tries to share with the women he meets. But when he meets Jane (Akira), he’s head-over-heels for her and becomes conflicted whether to introduce her to his swinging lifestyle or give it up for good. John’s innocent younger brother Gary (Tyler Nixon) tries to steer him in the right direction, but ultimately becomes tangled up with Jane as well. Sweet Sinner brings fans back into the lustful world of swingers, where the passions of the body and the desires of the heart should never cross.

Check out the work-safe trailer for The Swinger: Volume 2:

Looks like another hot one from Sweet Sinners, and I can’t wait to check it out!