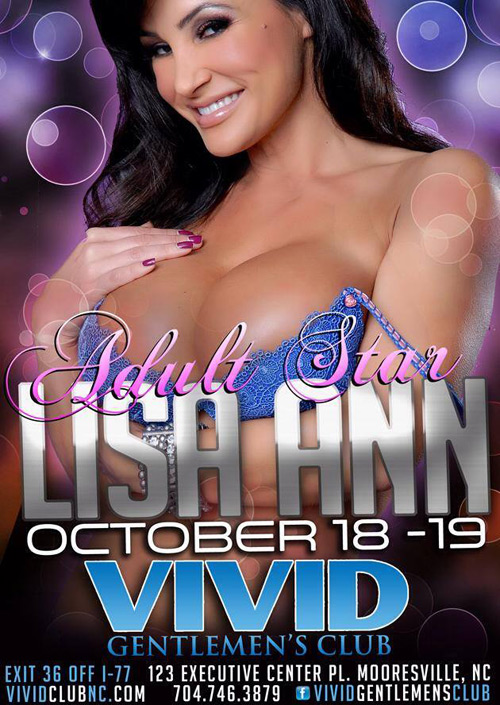 One of the most popular performers and feature dancers of her generation, adult superstar Lisa Ann will be make an appearance at Vivid Gentlemen’s Club on Friday October 18th and Saturday October 19th.

The petite brunette with the fabulous figure and dazzling smile is most famous for her lead role in Who’s Nailin’ Paylin?, which parodied MILFy Republican vice presidential nominee Sarah Palin. The title was a runaway success and thrust Lisa Ann into the national spotlight.

“I met Lisa Ann in Las Vegas this past August when I attended the Gentlemen’s Club Expo and was so charmed by her that I immediately invited her to visit us in N.C. We’re delighted to be able to introduce her to local fans,” said club owner David Baucom.