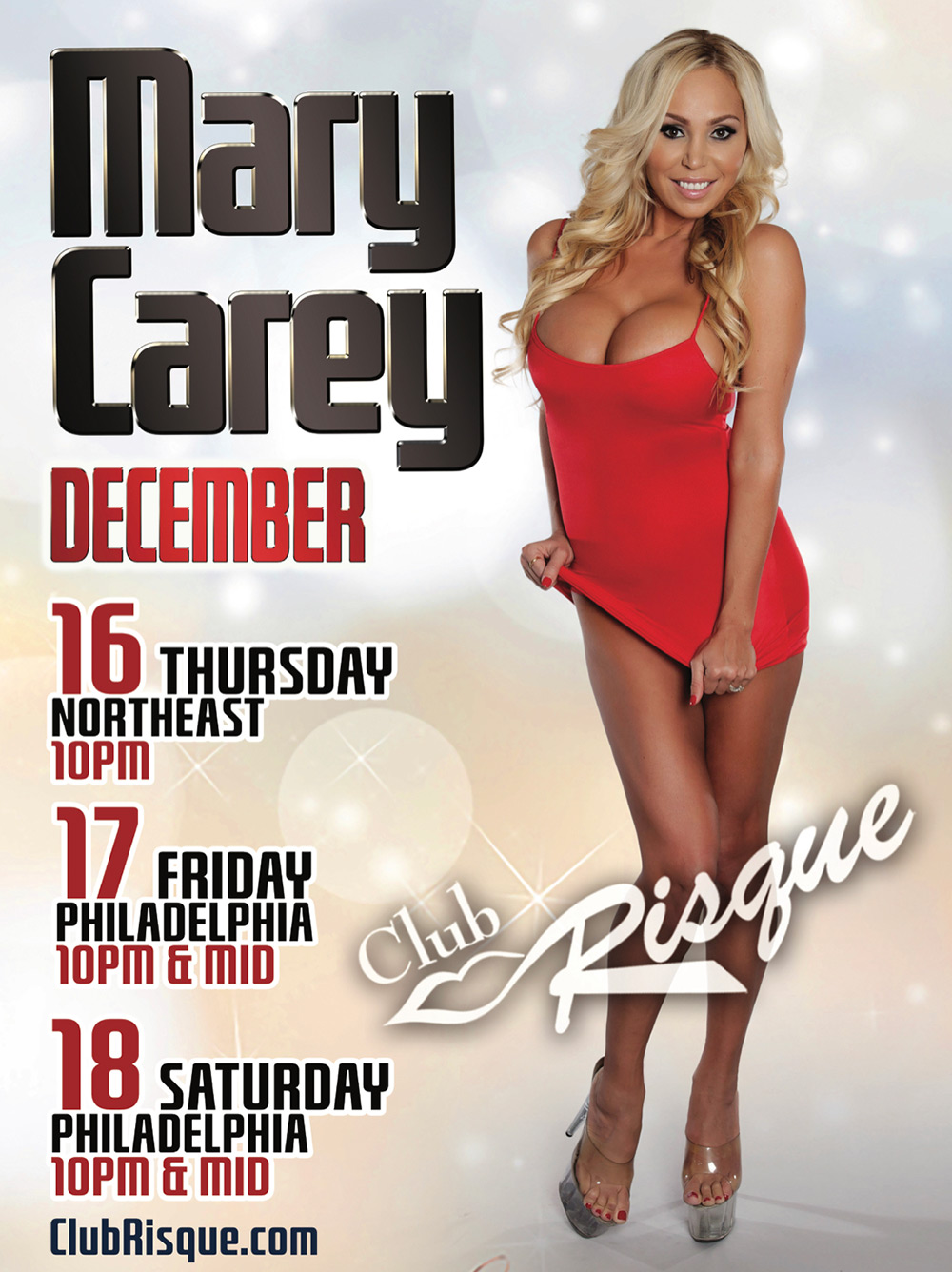 Get excited boys, because the one and only Mary Carey is making her Philadelphia debut at Club Risqué next week, where she will be up on stage shaking her massive tits and that great firm ass of hers while onlookers shower her with singles.

I remember discovering her bodies of work after she ran for governor, and it was love at first sight.. of those titties! So yeah, you can be sure that I’ll be parked in the front row angling for the best view as she shakes what her plastic surgeon gave her! Don’t miss out on the chance to see this bodacious blonde as she performs live on stage next week at all three Club Risqué locations:

If you’re in the Philadelphia area, make sure you come down at least one of these nights and show Mary some of that Brotherly Love that we’re known for. I’ll be front and center with a stack of one’s at the ready!