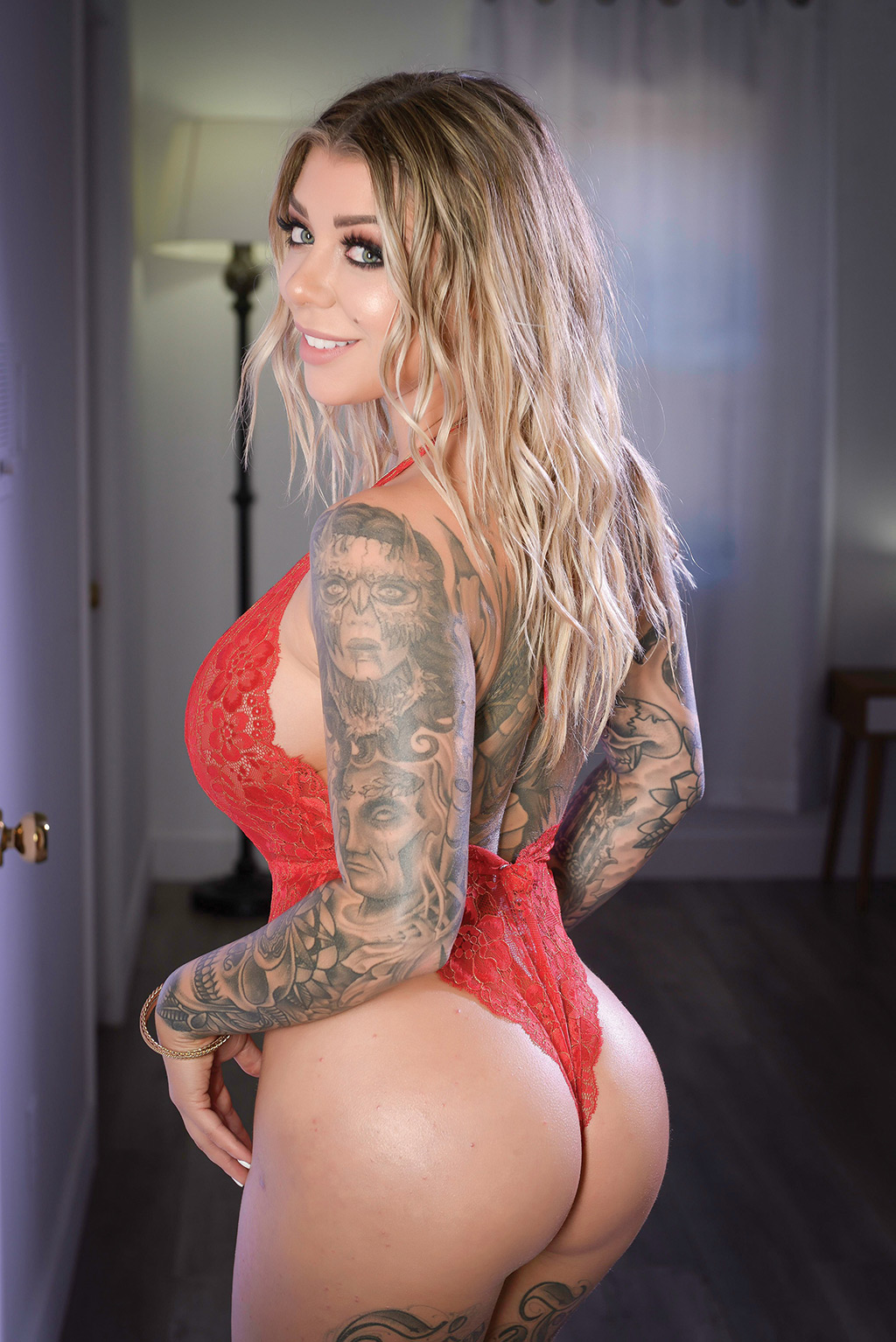 Get excited people, because everyone’s favorite inked beauty Karma RX is returning to Philadelphia for three nights at Club Risqué, Delaware Valley’s premier gentlemen’s club. That’s right, the blonde bombshell buxom is getting off your screen and onto their stages as their new Club Risque adult feature!

I don’t normally go for heavily tattooed girls, but there’s just something about Karma RX that had me hooked. She’s got amazing 36H tits, an overactive sexy drive, and her scenes will leave you breathless. If you’re a fan of hers as well, don’t miss out on the chance to meet her live on stage this week at all three Club Risqué locations:

I’m so excited for this, I’ve got a stack of singles ready to shower on this tatted babe!