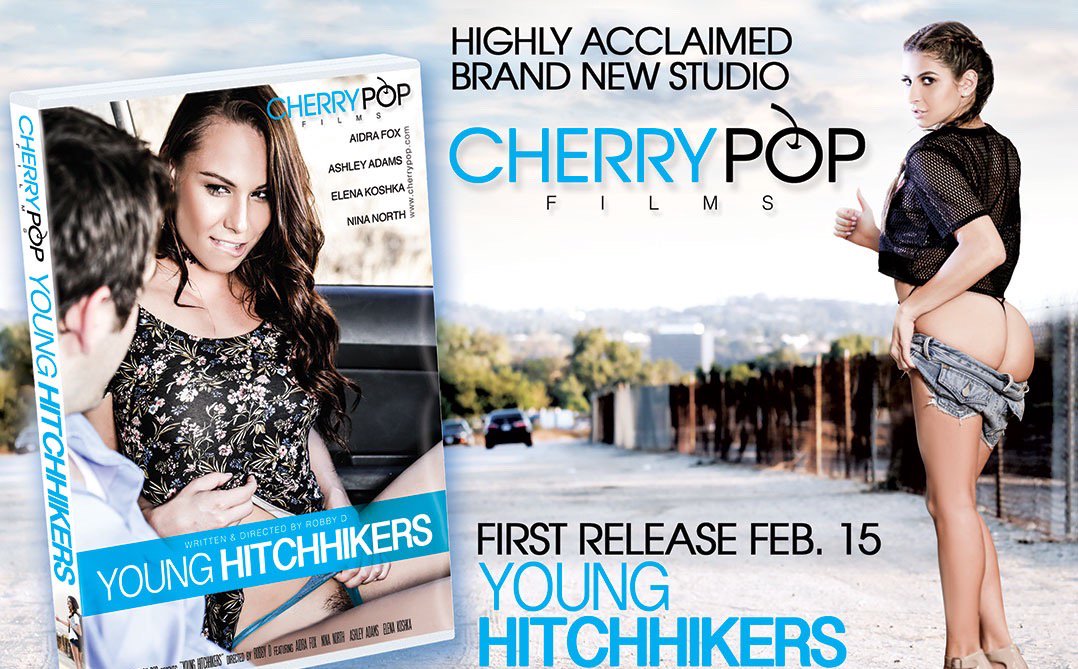 “Cherry Pop is all about featuring all-natural teens and paying special attention to creating very high-end HD content,” said Jon Blitt, Mile High Media’s vice president. “With clean, slick aesthetics and the use of natural lighting, Cherry Pop highlights the absolute best new ladies in the industry. Fans and critics alike will be blown away with our fresh look and approach to the teen sex genre.”

Blitt continues, “Teaming with Robby D. for our debut release elevated our concept for Cherry Pop. We knew his ability to create such high-end, hardcore content would serve us well for the new studio and its vision.”

If the trailer for Young Hitchhikers is any indication, it looks like we’re in for a real treat with Cherry Pop Films, and I can’t wait to see what else they have in store for us!

Stay up to date on all things Cherry Pop Films by following them on Twitter at @CherryPopFilms.